An initiative of the association Infezna: president Luigina Ricchi

A gallery of murals in the open air...

The Poets' Waterfront, in the intentions of the association Infezna, is a kind of laboratory ready to embrace many different artistic expressions thus to render the environment patronised, lived, loved and taken care of by the Rimini folk and others. After the walls have been accurately prepared, thanks to the artisan Aldo Casciello, various artists still today and co-ordinated by Giuliano Maroncelli create murals that tell stories connected to the sea, acting as a backdrop to everyday life.

The murals are enhanced by Guido Lucchini's poems in dialect that forever link this sort of contemporary fresco to our land. One that stands out from the many is the "beaching of whales" - an event that really happened on 4 April 1943 in the nearby Balena square and in the centre of which is a sculpture dedicated to the cetacean by Elio Morri in 1969.

The film Amarcord is celebrated in Enzo Maneglia's mural accompanied by the famous poem by the bricklayer Calzinazz (inspired by the similarly famous rhymes of Tonino Guerra) "Mio nonno fava i mattoni, mio babbo fava i mattoni, fazzo i mattoni anche me, ma la casa mia dov'c?". One of the works that tourists appreciate the most that go along the promenade is undoubtedly the "L'airone" (The Heron) by Ilse Sanftl, that seems as if it wants to capture the flight of one of the grey herons that can be seen in the canal (2E l'airone e vola in elt, sempre pio in elt... chissa... forse a la rizerca d'un mand nov?... O fors d'un amor ch'u n'a pio). In Giuliano Maroncelli's work on the other hand the romantic side of the sea is shown, the parked bikes stand one against the other like two lovers embracing at the water's edge ("Te mumeint che a m'trov i lc, davanti stc mer... A t'strenz ancora tra l'mi brazi.").

But the sea is also solitude, especially in the winter, and so in the work of Maurizio Minarini we see only a hinted-at sea that divides the blue of the sky with the ochre of the beach ("Sospeso nella nebbia l'urlo dei gabbiani c il richiamo vivo di un intorno reale"). In Gianni Caselli's figures, some girls in bathing costumes are walking out of the water and seem to want to reach whoever is watching them from the top of the promenade. 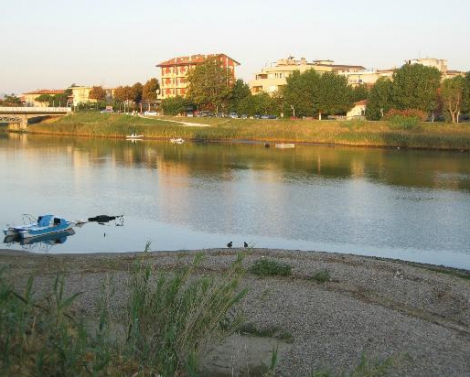 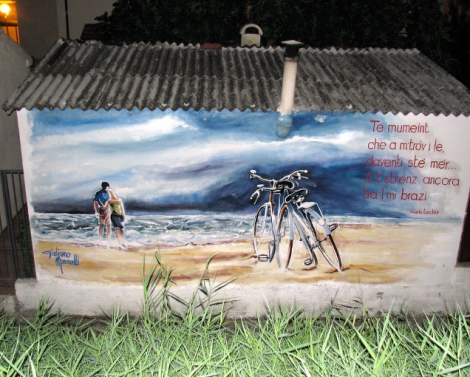 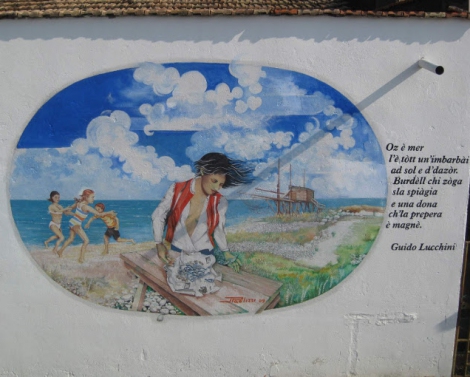 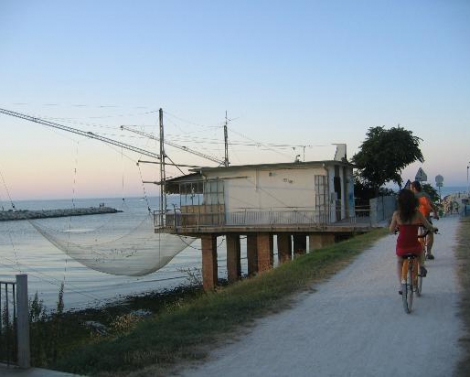 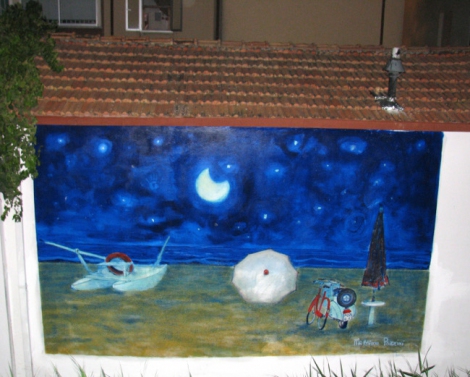 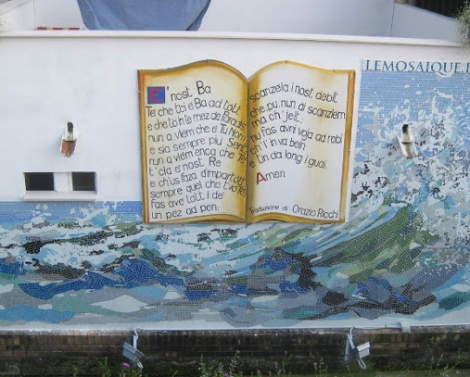