Hotel Ricchi enjoys a privileged position, being just a short walk from the town's major centres of historical and cultural interest, architectural splendour and signs left of times gone by that mark the history of Rimini, making it famous worldwide.

The hotel is not far from the picturesque and antique village of San Giuliano, divided from the centre by the famous Marecchia river, with its architecture in timeless stone, tiny streets and squares, so much loved by Federico Fellini, and home to murals that seem to breath the atmosphere of his films.

The festival celebrated every two years in the Village is important - "Festa de’Borg" - calling to mind Rimini of yesteryear, hosting street artists and entertainment attracting the whole town.
A network of cycle tracks makes it easy to reach the centre and heart of the town, brimming with monuments and architecture, symbols of a sumptuous past that reaches our days from Roman times, marking the town's history The Amphitheatre is a must to visit and see as too are Tiberio's Bridge and the Augustus Arch built in honour of Cesare Ottaviano Augusto in the Roman era, all part of the town's symbols. Imposing monuments create a suggestive old town centre, such as the Malatesta Temple that dates back to the Renaissance, built by the famous Leon Battista Alberti; Castel Sigismondo, located in one the entrances to the town centre, with its imposing and suggestive construction with huge towers emerging from the moat like pyramids, commissioned by Sigismondo, lord of Rimini, is proof of his greatness.

The gothic-roman style emerges in the marvellous Chiesa di Sant'Agostino (Saint Augustine Church) that houses the beautiful frescoes of that era.
The three squares that embellish the beauty of the centre are an important cultural and meeting point:
Piazza Cavour surrounded by historical palaces and the famous Vecchia Pescheria that today teems with youngsters thanks to its myriad night clubs; suggestive is the Fontana della Pigna that dominates the centre of the square.
Piazza Tre Martiri, highly fascinating for its past which, with statues and architecture, takes us back to the time of the Second World War where three Rimini partisans were killed by the German tyranny.
Piazza Ferrari is also important and today attracts visitors from all parts of the world who rush to see the latest archaeological find, the Domus del Chirurgo, discovered in 1989 and opened to the public in 2007.

Your holiday in Rimini, with the sun, sea, enjoyment and history A holiday in Rimini means sun, sea and relax along the coast with the golden, super equipped beaches, but it also means history, art and tradition, still visible today in the many monuments, museums and en plein air works.

Rimini is the town where Signoria dei Malatesta lived and reigned from the XIII to the XVI century, Castel Sigismondo still intact, hosts art exhibitions and summer events inside its walls.

The Malatesta Temple is yet another great monument, erected upon the wishes of the noble family, characterised by an austere and classical architecture in white stone and famous for being the only religious Christian place to be called a temple. Rimini offers its visitors an old history town centre brimming with art and suggestion where, among the squares, each one with its own beauty and singularity, is surrounded by palaces and monuments.

Walking in amongst the squares you reach the Augustus Arch and Tiberio's Bridge, reminding us today of the importance the town had in Roman times. These are but a few of the beauties that Rimini allows us to admire and from the many attractions you certainly must not miss the many fairs and historical re-enactments such as the suggestive Medieval Wedding between Roberto Malatesta and Elisabetta da Montefeltro; with this event the centre lives in antique splendour for two whole weeks.

A holiday in Rimini is ideal whether you are looking for leisure and entertainment, thanks to the Theme Parks that attract many visitors, or for a relaxing time on the beach, for the young and for families, who will find all the comforts and attractions in Rimini even for the youngest tourist. 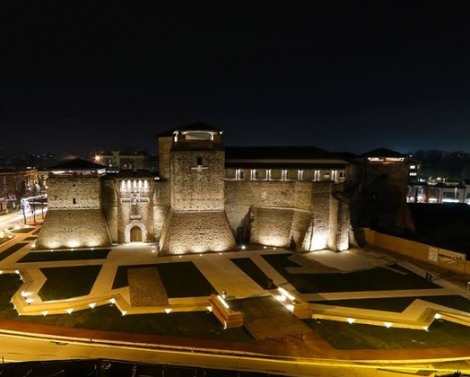 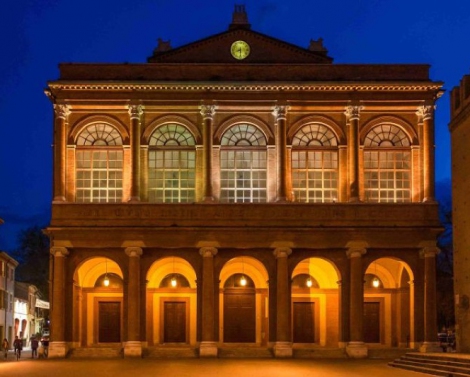 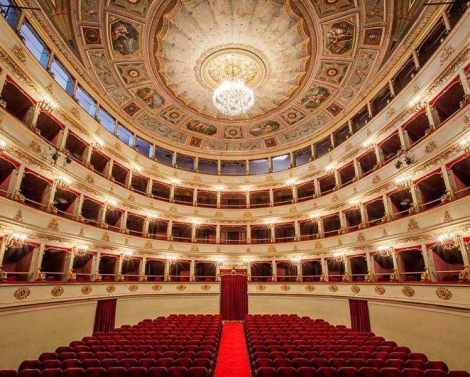 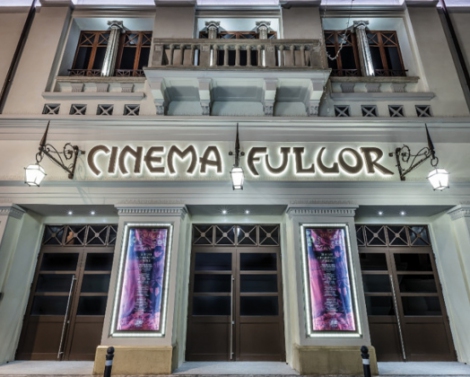 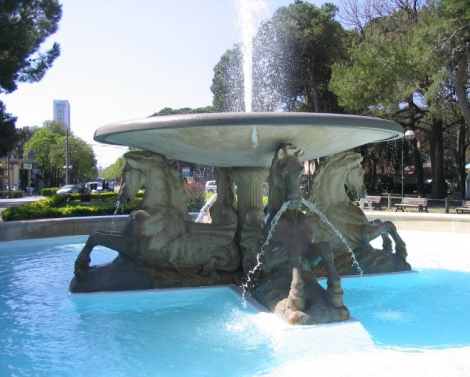 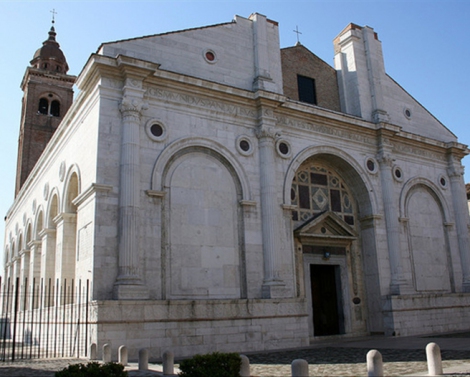 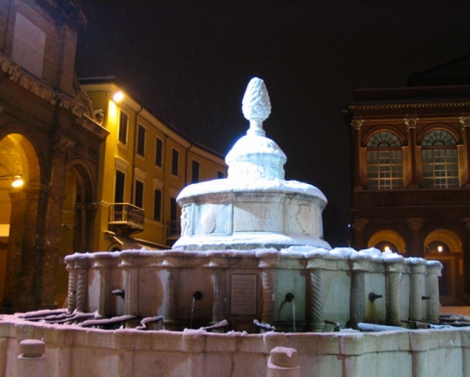 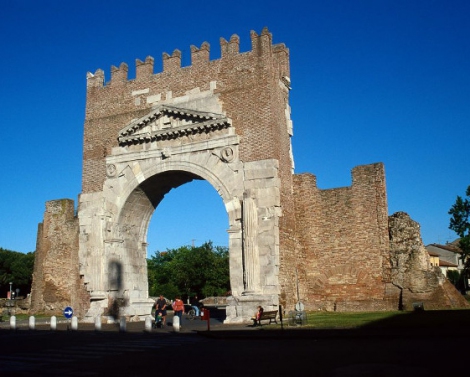 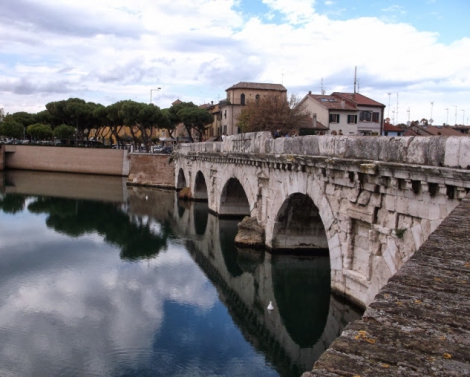 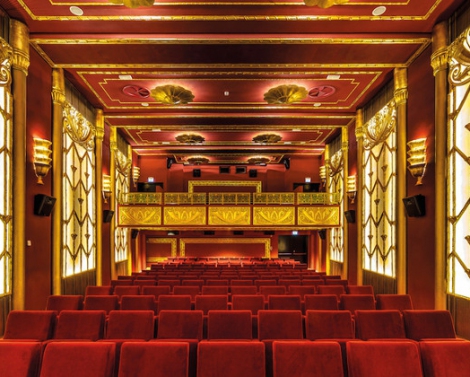 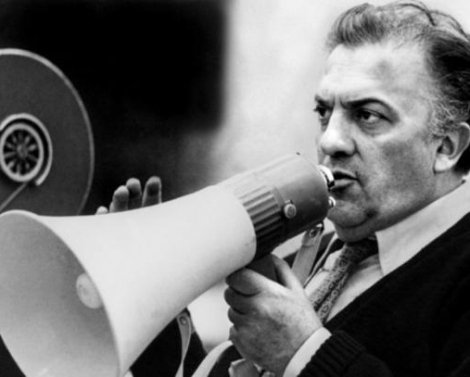 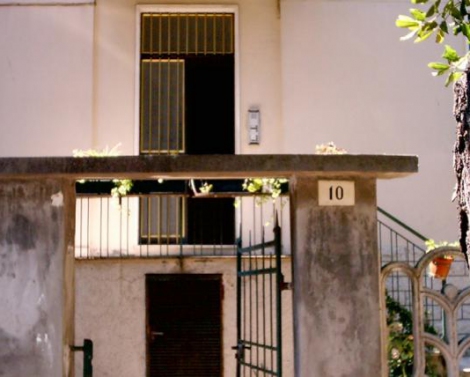